The Rooster of St. Victor 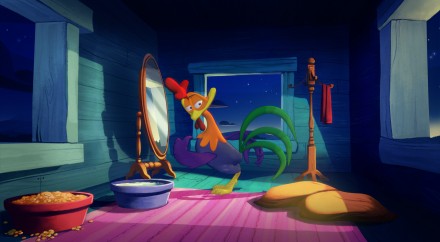 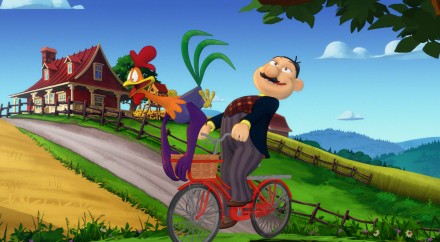 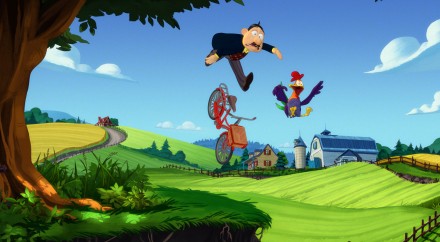 The mayor of St-Victor is proud of the economic dynamism and orderliness of his village. And he gives full credit for the village’s vigorous success to one individual, his valiant rooster; an astonishingly loud and punctual rooster that awakens all the villagers at precisely 4 o’clock in the morning – every day of the week, be it a work day, a Saturday, a Sunday or a holiday. But some of the villagers have had quite enough of the rooster’s relentless early morning crowing…and decide to put a price on his head. They succeed in ousting the raucous rooster but the village immediately suffers negative consequences. Alarmed at the village’s sudden social and economic downturn, a group of citizens will form a special squad to retrieve the bird. THE ROOSTER OF ST-VICTOR is a highly entertaining ode to perseverance and punctuality  filled with comedy and laughter!
Voices:  Tony Robinow, Claudia Besso, Alain Goulem, Angela Galuppo, Terrence Scammell, Thor Bishopric, Michel Perron, Simon Peacock, Gaston Lepage, Marcel Jeannin, Mike Paterson, Holly Gauthier-Frankel and Liz MacRae